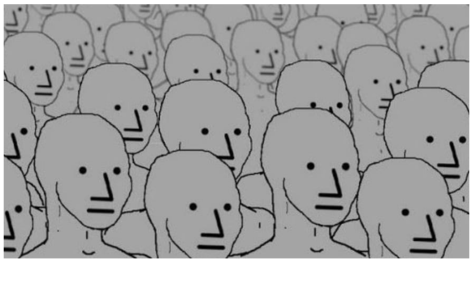 1. Conservative, White Men are the Source of “Toxic Masculinity,” Social Violence and Murder in America. 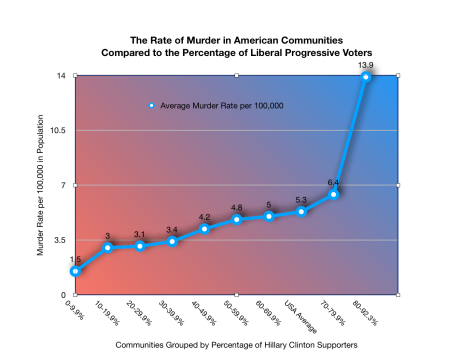 There are fifteen American communities, the bastion’s of America’s Progressive philosophies, that uniformly voted for Hillary Clinton and everything she represents. It is no surprise their cities are Hell on earth. There are seventy-six American communities that are uniformly rejected Hillary Clinton. Can you imagine living in a place where you really don’t need to lock your door?

END_OF_DOCUMENT_TOKEN_TO_BE_REPLACED

Here is what the year 2040’s energy demand will look like based on current production. Currently about 6% of current global energy is green. Take away unpopular nuclear and hydroelectric energy, and only about 2% of global energy is green. Green cannot even cover the expected increase in global use, let alone make a dent in current non-green power.

When I was a kid the Reverend Jim Jones founded The Peoples Temple of the Disciples of Christ. Jones was an avowed communist and friend of California Governor Jerry Brown, and espoused religious communalism. He founded his commune in Guyana upon his peculiar brand of socialist tenets, and encouraged his followers to join him in escaping American fascism. He christened it Jonestown, and over 900 of his followers blindly joined Jones, believing his promise they would escape capitalism, global corporations, and the general evils of the industrial world and enter paradise. On November 18th, 1978, the Reverend Jim Jones ordered his flock to drink cyanide-laced Kool-Aid (actually it was a competitor’s product, Flavor-Aid, but Kool-Aid stuck, as in “Don’t drink the Kool-Aid!”), so they did. And they died, including 276 children.

Do not drink the Kool-Aid!

Blindly followed. They died because they blindly followed. I could make jokes about how the Reverend Jim Jones was only slightly more off his nut than the dirt-eating “The End Is Near” Beto O’Rourke, or the factually challenged Alexandria Ocasional-Cortex, but frankly none of it is funny. Too many Americans abandon all rational thought and blindly follow leftist ideologies and rhetoric like it is a religion. Following these cult-like leaders and their insane beliefs is beyond sheer stupidity, it is a complete abdication of personal responsibility. If you believe in an obvious lie simply because you like the way it sounds or you are too lazy to check the facts, that makes you complicit. That makes you a good little cultist! Not only is the Green New Deal absolute garbage… I promise the world will not end in 12 years unless God has a hand in it… not one crazy left-lib cultist will be willing to make the extreme sacrifices necessary to implement even the smallest portion of the Green New Deal.

In 1970 48% of humanity lived in extreme poverty. Global energy use has more than doubled over the last 50 years, and today less than 10% of humanity lives in extreme poverty. The U.S. Energy Administration predicts that over the next 20 years global energy demand will increase by at least 25% as all of humanity continues to pursue the creature comforts that lazy, leftist Millennials and Green Cultists see as entitlements. If Green New Deal Cultists think Africans or Indians or Asians will be willing to give up all the benefits of modern energy production and consumption, they will be in for a real fight. Maybe that is what the progressive left really wants. A global fight. The Green New Deal is Pro-Poverty to the extreme. So much for the summer-time school lunch programs. Sorry, little impoverished kids, delivering you lunch consumes the wrong sort of energy.

Can the Green New Deal be achieved?

Without utilizing nuclear energy there is only one realistic way to achieve the goals set forth in the Green New Deal. Massive genocide on a global scale. Billions. To cut emissions you have to get rid of energy consumers. The science of green technology loses ground every year simply to emerging economies and population growth. There is no other way to dramatically reduce coal, oil, and natural gas as energy sources except nuclear energy or global genocide. Now is the time for the Democratic-Socialist Left-Libs to choose a side. Be a cultist, or convert to a bit more conservative, rational, responsible, independent pattern of thinking. MAGA.

By showing a lost German U-boat off the French coast, the BBC shows that ocean levels have not risen worth a shit since the boat sank. Otherwise, the coastline and all surrounding communities without ties to Al Gore would have surely drowned by now.