The Knight and the Serpent has been a primarily conservative blog since its inception on December 31, 2011. I publish rational, well-researched articles about a variety of topics, such as suicide, gun violence, healthcare, unalienable rights, religion, government corruption, sports, and dishonesty in the Fake News media.  For the first five years, Google was my primary referral search engine, and I had a decent number of readers. But something happened then Google did not intend… a true patriot, Donald Trump, was elected president… and as a result, Google has put my voice in a cyber gulag, with only the rare Google visitor.

A queer thing happened after the 2016 Presidential Election – Google started shadow-banning my content.

In 2016, the garish, loud and flamboyant Don Trump smoked the Republican field of presidential contenders by simply promising to drain the Swamp that is the District of Columbia, and Make America Great Again. The Swamp, which really more like a massive, underground fungus that spreads its hyphae unseen through the darkness to all corners of the world, went into a panic. They do not own Donald Trump. He rejects the Bilderberg Group. He makes up his own rules… and he intentionally makes fun of all of them. Mocks them… hitting them back twice as hard every time they throw a punch… and the citizens of America support him loud and clear. We threw off the cloak of complacency and went to war for him. We all went to the ballot box singing a bar of Alice’s Restaurant, and the swamp knew… they knew it was a movement. The Alice’s Restaurant, anti-Massacree, Make America Great Again Movement. In a tidal wave of small towns and rural counties, the last vestiges of patriotic Americans rolled a red wave over Hillary Clinton’s corruption, sending Donald Trump to the White House. And America’s second Civil War began. A war where America’s progressive, left-wing is suppressing conservative, Republican journalism.

Propaganda is a key piece of any war effort. Propaganda is, by its very nature, Fake News. Its sole purpose is to deceive and demoralize. In order for propaganda to be effective, opposing views must be suppressed. Silenced. Truthful journalism is the sworn enemy of propaganda. What you read here at The Knight and the Serpent, if nothing else, is truthful content, and Google simply cannot have that. 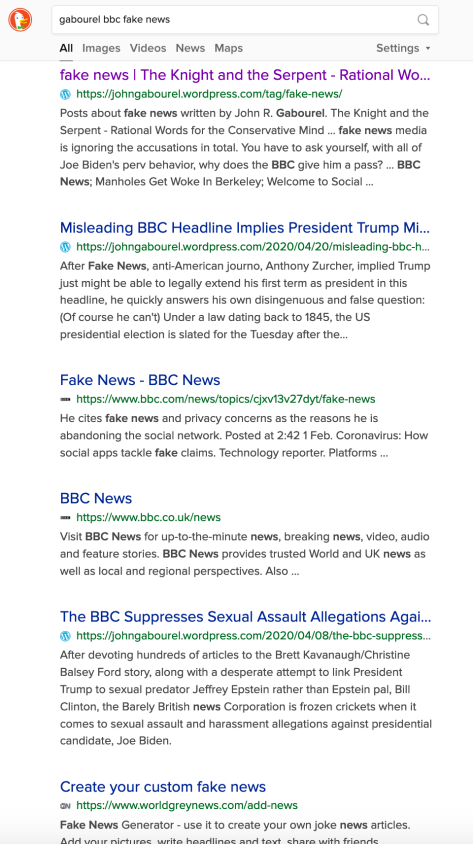 Fake News outlets such as PMSNBC, The Clinton News Network, and the British Broadcasting NPC, do nothing but propagate disinformation every day. Fox News is their only major opponent. The rest of the resistance, conservative media outlets, are small endeavors. Some, like TheBlaze and PragerU, have the resources to fight for their right to be heard. They often lose those fights. Most of us, however, provide conservative content on our own dime and time. We are easy to target and suppress. But in that suppression, big tech, like Google, Facebook, and Twitter, turn from being an unbiased platform where everyone can stand on a soapbox and speak, to being a publisher who censors content. And that, dear reader, is exactly what the Communist Chinese Government does.

Please click this link to a video by PragerU. PragerU lost, then lost its appeal. As of today, it is legal for Google to shadow-ban my blog simply because I oppose their political point of view.

This site uses Akismet to reduce spam. Learn how your comment data is processed.