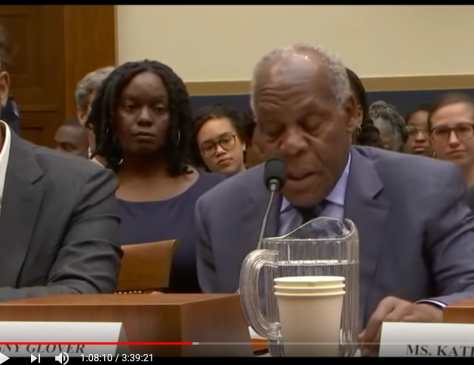 My family, past, present and future, do not owe you and yours a damn thing. Absolutely nothing. Like most Americans, my great-grand parents, uneducated, dirt poor farmers, legally immigrated to the United States after the end of the Civil War. You might remember the Civil War. Hundreds of thousands of white Union Soldiers died in the name of emancipation. Did you ever thank their widows and children for their sacrifice? We came after that. You do not owe us that thanks.

My grandparents did not keep black folk down either. An eighth grade education was the best they could expect. They had to educate themselves through literature and the Bible for anything better. You can be damn sure my grandparents did not fail in teaching their children to take full advantage of everything public school had to offer. That was all Depression-era America could offer the poor.

My grandmother was a widow with five children in rural Wisconsin during the height of the depression. If it weren’t for taking in other peoples dirty laundry, a large vegetable garden and wild game killed by her brothers, they would have starved. Despite living on the wrong side of the tracks, with tattered clothes and no money, she kept an orderly and clean house. She always said she could not help being poor, but as long as she could afford a bar of soap, her family would be clean. All my uncles graduated from high school, then went off to fight WWII, while my mother went to nursing school. My father served in the Korean conflict. All hard work, no play and no race hatred. We owe you nothing.

We earned everything and took nothing. Through Christian faith, with diligence, self-sacrifice, and true dedication to family, we survive a world that does not care about our success or failure. No matter how poor, we never took handouts, and we owe you nothing.

Looking at the wealth and success you two possess, you have survived that same callous world quite nicely. Mr. Glover, I am truly ashamed of you. You are old enough to know better. Senator Booker is simply a product of his upbringing. He is an angry, young, white-hating bigot because that is all he has been taught. Danny, you know better. You know that white and black are pigments, not colors. Every human being is colored, not just those of African descent. By referring to yourselves as people of color, and Caucasians as colorless, white pigment, you are dehumanizing us. Devaluing us. That is racist. If you go back far enough in this world’s history, everyone owes reparations to everyone. No one is genetically innocent. To believe otherwise is willful ignorance. Nelson Mandela knew it. Ghandi knew it. Christ preached it. “Let he who is without sin cast the first stone.”

My advice to you both. Look inward. Black culture has a sickness that only good, black men can fix. Can you be those men? Approximately 80% of mass shootings in America are committed by young, black men with ties to crime. That level of violence is why black men are disproportionately incarcerated. They ARE committing more crimes, when their parents ought to be demanding excellence in school. Approximately 80% of today’s black children are born out of wedlock. Black men have abandoned their women and children…their responsibilities. Without good parents demanding excellence from their children, how on earth are those children going to succeed? How will they overcome social inequality when they can barely read, write, and speak their first language? Who will provide them with a moral compass preparing them to navigate our callous world as adults? Seeing as how most blacks appear to despise and distrust white folk, thanks to race baiters like the two of you, only black men can fix the real ills in your culture. Rather than clamoring for reparations, you need to be better men. Reparations will not change what ills your culture. Repayment I do not owe you anyway. Step up. Stop wallowing in your own verbal vomit. President Obama had that chance. He could have gone to Chicago. He could have had a summit with gangland. He could have showed off his family and been a light for the black future. President Obama is a good husband and a good father, yet he failed his race. Now it is your turn. Man up or shut up.

ps. Danny, you owe me $12. The last couple of Lethal Weapon films were a bit weak. Make the check out to Covington Catholic High School, the victims of racism by colored hands.
pps. Cory, please keep shooting off your woke racist mouth. It is good for conservative America and the re-elect Trump campaign.